Ozone in industry – uses and benefits 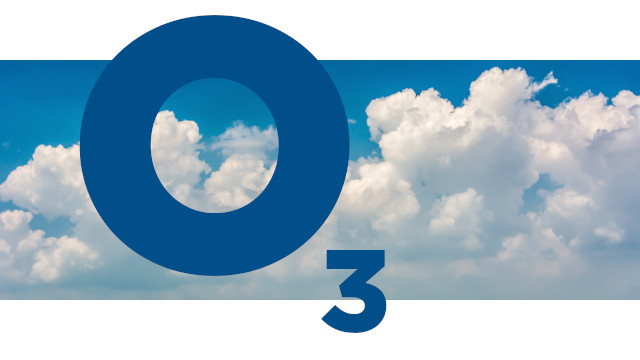 Ozone has been used for many years as a disinfectant and odour eliminator in various industries around the world. Its versatile features make it an excellent replacement or supplement to traditional disinfection methods with the potential for great cost savings and increased safety.

Ozone - the active form of oxygen

Ozone is a gas consisting of three oxygen atoms and is known as a powerful sanitizer. Unlike chemicals, to which microorganisms can develop resistance, ozone destroys them by the oxidation process and thus prevents the development of resistance. In the form of ozone, it survives for a very short time and decomposes into ordinary oxygen during oxidation. As such, it doesn’t stay on surfaces and doesn’t leave behind by-products or "waste". Not surprisingly, as an ecological disinfectant, it has found its role in many industries.

As a sterilizer, ozone enjoys a long history of use as a broad-spectrum biocide against viruses (including viruses such as SARS-COV-2), bacteria, fungi, and other microorganisms.

Back in 1893. began its use for the treatment of drinking and bottled water, and in 1909. it is also recognized as a meat preservative in refrigerators. It has also been found to prevent the growth of yeast and mold during fruit and vegetable storage in 1939.

In addition to disinfection, it is very important as a way to remove unpleasant odours. In the form of air purifiers, it is used for the removal of odours in municipal waste treatment and recycling plants, the smoke smell in rooms affected by fire, odours caused by mold or in smoking rooms.

Ozone is used in industry in the form of gas or mixed with water (so-called ozone water) and is created using an ozone generator or ozonator.

The ozonator works by taking air from the room and filtering oxygen from it. It then breaks down oxygen into individual atoms using an electric charge or UV. Atoms combine into ozone in the device and, depending on the mode of use, are released into the space as gas or used as rinse aid.

As gas, ozone is primarily used to sanitize rooms and remove odours, because, unlike chemicals, it can reach all hard-to-reach places such as corners in rooms, behind closets, hidden places in vehicles or other enclosed spaces.

When mixed with water, ozone can be used as a rinse aid, in the form of a mist, spray or bath.

The water ozonizer is especially popular in the food industry, but also has great popularity in professional laundries where it is used as a substitute for sanitizing agents such as chemicals or high temperature. It can also be used for disinfecting sensitive laundry which cannot be disinfected by high temperatures or aggressive chemicals.

Furthermore, ozone has the best effect in cold or low temperature washing programs, so energy savings are significant.

Besides disinfection and odour elimination, ozone also has medium cleaning power, so the amount of detergent can be reduced in the washing process. Plus, fabric softener is not required because it also neutralizes odours.

Although its benefits are numerous and offer multiple savings, up to now, its potential could only be used by major industrial systems due to the high costs of these systems. But by adapting expensive industrial ozone technology for the needs of professional laundries, we have created an ozone generator that can fit into any budget and provide all the benefits of ozone technology. 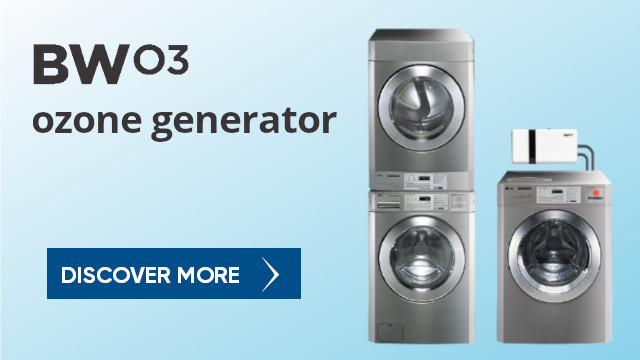